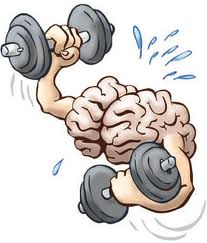 Learning new skills requires an evolution. We don’t just automatically “get it.” I was playing a tennis match, and kept losing points on a hard shot to my backhand. I just didn’t know how to deal with it.  Frustrated, I called my tennis pro. He showed me a new technique that would take my game to another level. He is one of the best instructors on the planet, yet the new stroke was incredibly uncomfortable. I played tennis competitively in my youth, and he was teaching me things that I had never seen back then. The first few shots I hit appeared to have been hit by someone who had never played the game. I thought “How would this ever work?”  “Patience” he insisted, “it will take you some time to build muscle memory, and not fall back on your old habits.” Still, I kept launching balls against the back screen. Eventually, by the end of the lesson, I could consistently hit the ball in the court I was aiming for with my new stroke.

Over the next couple of weeks, I spent time practicing the new technique. As I hit with the ball machine, every once in a while I would fall back into my old habits. But after a few weeks, I developed the muscle memory for the stroke to feel natural.  A week later, I had a rematch with the same opponent.  The first time he hit a hard shot to my backhand, I ripped a winner past him thanks to my new stroke. He was almost as shocked as I was. Ultimately, I won the match.

In business development and sales, the new skills we discover require a similar development of muscle memory (or brain memory). We need to let go of our old habits and become fluent in better systems. Unfortunately, there is no substitute for time and practice. At first, I was unconsciously unsuccessful – meaning, I didn’t know what I should be doing, and I was not being successful. When I first learned the tennis stroke, I wasconsciously unsuccessful.  At that point, I knew what he wanted me to do, but was not achieving the goal. Over time, I became consciously successful – when I thought about the technique (and thanks to practice) I was able to hit the stroke with success.  Finally, after practicing it enough, I no longer needed to think about it.  It became “natural,” and I became unconsciously successful.  When the situation presented itself, my body just knew how to hit the shot. It was as if it was natural, but the process was anything but “natural.”

Whether we are learning a tennis stroke or a new approach for growing revenue, some concepts may seem awkward at first. With time and practice, however, we form new neuronal pathways which allow us to easily react to a situation that had previously been problematic.

With the right guidance, feedback, and practice, you can discover new skills that will help you become outrageously successful targeting and winning business. Where has your team struggled to become unconsicously successful?

This site uses Akismet to reduce spam. Learn how your comment data is processed.